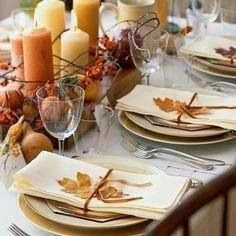 This week in the US is our day of Thanksgiving.

A day ….
Of giving thanks for the blessings life has offered you for the past year.
Of being grateful for the people in your life who support and love you.
Of accepting your self for the wonder you are and being glad for it.

A day ....
For honoring those who have come before you to make the day possible.
For bestowing your best onto those who are to come next.
For enjoying good food with good people.
For love and laughter.
For remembrance.
and Hope.

May we all share some hope and light upon this world. For if we each
shed a little light, the world can be a much brighter place. For that we
can all be thankful.

Thank you my friends, seen and unseen. You make my world a better place for knowing you.

Thanks for stopping by!
Next week…. we start making Christmas decorations we found on FB and Pinterest! :D
See ya next time!

photo found on Pinterest - no credit given on pin :( if anyone knows please let me know!
Posted by WindDancerStudios at 10:00 AM No comments:

Email ThisBlogThis!Share to TwitterShare to FacebookShare to Pinterest
Labels: celebration, family, Getting Ready for the Holidays, home, MagpieApproved, Thank you, Wind Dancer Studios

I’ll let you in on a little secret. I don’t have TV. Well, I have a TV but I don’t have cable or satellite. I have a pair of rabbit ears and I live in a pretty rural area surrounded by mountains so reception is iffy at best. Signals going digital actually killed the reception I had. Before they went digital I could pick up nearly as many channels as our local cable company offered so when I got fed up with paying money for a lack of service there was very little pain involved. We watched more movies than TV anyway so when the signals themselves went kaput that wasn’t even a big loss. Then I installed NetFlix, originally for the movies but soon learned we could catch up on those shows we actually missed. Shortly after discovered one or two new ones. Followed by the realization the ones we really liked that still air can be viewed online!

I WAS working on one of my UFOs, I had coiled up some brass to make up some jump rings and my blade got dull while I was cutting them. Thrilled I had dulled a blade before breaking it I put a new one on the saw. Then applied way too much pressure. The old blade was very dull and I didn’t realize how much pressure I had been using to get it to cut the rings… and then the saw slipped and found my fingertip. Ouch! After a second time and actually managing to draw blood I knew I needed to take a break. I only had a couple rings left to cut so I used my cutters to finish off the coil and decided to watch a little SuperNatural while I closed all those rings I just cut. The angels have fallen to Earth so the opening credits now feature some very tattered wings, the graphics of which I find beautiful. Once I finished closing up all those rings and had them in the tumbler the kiddo and I had a Once Upon a Time mini marathon - I promised I wouldn’t watch without her and she’s been busy so we had a couple episodes to catch up on. Thoroughly in a fantasy set of mind after all that and a saw just sitting there with a brand new blade in it I quickly sketched up a tattered feather. Pulling a piece of scrap from the jar I got to work using my sketch as a reference. One of these days I may actually lay a pattern on the metal itself :) but so far I like free handing and I’m starting to get a good feel for the saw and what it can do.

This is the result, one tattered and torched feather. I loved the coloring I achieved when I annealed the quill to make the self bale so I left it and just burnished the edges so they wouldn’t be sharp. Measuring 2 inches tip to tip and just 1/2 inch at its widest, I’m pretty happy with it.

Thanks so much for stopping by!
We'll see you next time!

PS First image belongs to the photographer Philip Bonneau
and can be purchased here: https://www.etsy.com/listing/97495704/heroesvillains-issue-1-print-1
Posted by WindDancerStudios at 10:23 AM 2 comments:

The Here and Now…. or Looking Back and Planning Forward

The end of the year is fast approaching. I’ve been assessing my goals and where I stand, I’ve met or have nearly met most of them - yay me! So it’s time to create a new plan for the new year, building on where I am now and in keeping with where I want to go.

During the Bead Hoarders Blog Hop, Perri mentioned idea hoarding, and I had to admit I had been hoarding quite a few ideas. Mine mine mine, my precious….. all mine! Maybe not quite that bad, but it was getting there. So first things first! I’m going to sift through my sketches and pull 25 of them into the light. Originally I thought 52, a sort of on the fly homage to YOJ but, I do like to participate in a hop or two and that might tend to over load my plate. 25 on the other hand gives me plenty to work with and leaves me time to play, learn new techniques, and participate in hops, so that’s my number and I’m sticking with it!

I’ve noticed I have not been as active with Wind Dancers FB page as I would like to be or even as much as I used to be. As an added bonus the 25 sketches gives me a way to engage, to show my processes and start sharing again. I’ve also been looking into Rebel Mouse, if what I’m reading is right, it can act as the front page for the blog here and feed into FB the way this blog used to. What’s cool is it gives me back the ability to share the pins I find that are relevant to my blog posts. I really really liked that and I miss being able to share them. Annnnd it turns all that I spend way too much time on (place your fav soc. media site here) into actual productive time again. That kind of jazzes me, must be the Virgo coming out! Organization AND Productivity WHOOT!

Expect to see (hopefully) some finished UFO’s over the next few weeks I have a couple I’d like to get finished up by years end (knocks on wood!) and of course the home made Christmas features, only SIX weeks left!! Yikes, I haven't even decided yet what I’ll be making for gifts this year! ….. sigh I feel so behind …. Then we can get started on the new years postings!

Thanks so much for stopping by!
We’ll see you next time!
Posted by WindDancerStudios at 7:49 AM No comments:

Of Family and Soldering…

and how simple changes can make a world of difference.

This weekend I thought I would give it yet another try. Several hours and complete frustration later I was ready to give up. I didn’t though. I marched myself over to you tube and found my friend Melissa Muir’s videos. Melissa goes into great detail when she makes a video. She explains the what and the why right alongside of the how. Being left handed I need that as mentally I have to flip all I see in my head in order to mirror the actions and there are no classes local to me where I can just be told I’m doing something wrong and how to fix it.

I found a video that uses soldering and clicked. It hadn’t played for very long before I hear, you can’t just use any flux…. What? The solder won’t flow properly ….. serious? The ONE thing I never once considered.

Found a quickie how to make a boric acid flux and voila! I CAN solder! Happy Dance! I still need practice, obviously, but I am now wearing two copper stacking rings and am planning several more. This one seemingly small detail has made a world of difference for me and opens up another avenue of jewelry making I’m excited to explore!

As I mentioned in an earlier post my Grandma was gravely ill. They had decided it was time to send her home to hospice care and allow her to die in her own bed. I was heartbroken to say the least. But before my Mom could bring her home another Dr stepped in. He studied her charts and her file. Talked to my Mom and Uncle, actually listened and then made a simple change in her medication. This made such a huge difference he decided to take an xray of her chest and found a pocket of fluid pressing against her lung. She wasn’t suffering from congestive heart failure at all. Her recovery has been nothing short of miraculous! She’s currently in an assisted living center for physical therapy. She will be coming home, not to die but to live!

Never underestimate the power of small changes and persistence. They can pay off in very big ways!

oh and Yes! I am still going to donate my hair. I’m thinking another 12 inches is in order this go around. That leaves me enough to make another donation in the future.

Thanks for stopping by!
See ya next time!
Posted by WindDancerStudios at 5:33 PM 2 comments: