I finally finished it! Alex has waited very patiently for this day .... sometimes not so patiently, but he's a good kid and his patience has paid off.

I had finished his pendant and was almost finished with the ring when I received a custom order for another ring. It came out great, my customer was pleased but Alex's ring had been set aside and sometimes it's harder to begin again than it is to start.

I had sized Alex's finger and checked the size of the ring several times. I did not however even once check to see if the sizer and my mandrel agreed as to what that size was. When I finally was ready to start back up I checked size on his finger and it was waaaaaay too big! Set aside again until I could figure out a way to size it back down, the shank was already wrapped.

Alan's surgery is tomorrow and I haven't been feeling creative but was looking for something to keep my hands busy. There it was, Alex' ring sitting there on the desk, waiting to be finished. I've always said the blessing of having several projects in the works is even if you aren't feeling creative you can work at finishing something. So I picked it up, finished weaving the little piece that was half done, tucked it into place, turning the ring over while doing so. The fix became so obvious I wondered why I hadn't thought of it sooner and within the hour the ring was finished and fit just as if it were made for him! LOL

He's wearing it today and was calling it his class ring as he walked out the door. A very custom class ring! 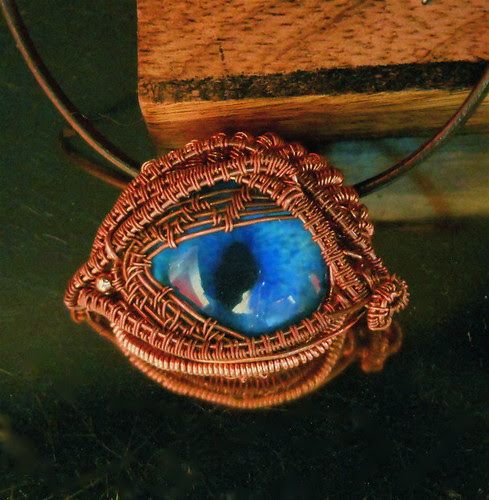 And the matching ring! 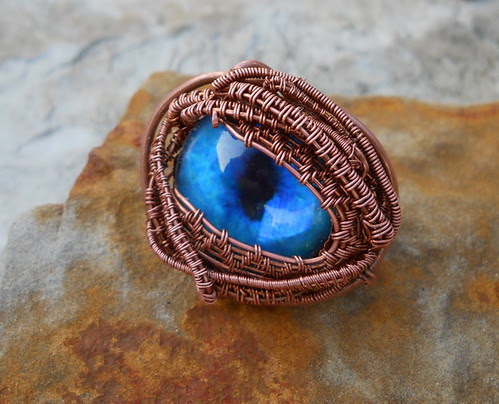 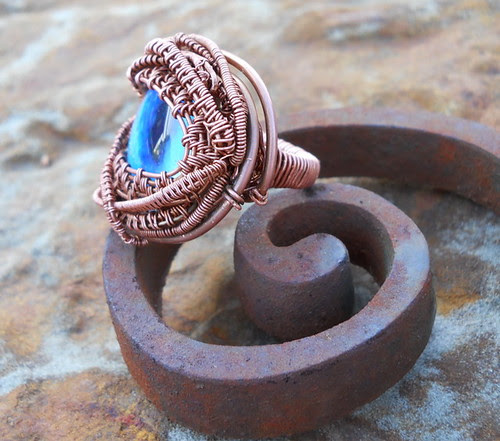 Thanks for stopping by! We'll see you next time!
Dana
Posted by WindDancerStudios at 12:02 PM