Thought while I was working away, you might like a peek at the beads I sent and received for the blog party! First up the Focal and Clasp I sent to Courtney...she beat me to it and has them posted on her blog too!...

including the ingredients I sent for her to play with. 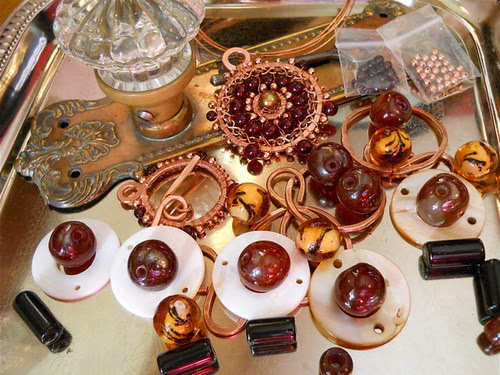 Now the awesome stash she sent for me to play with! 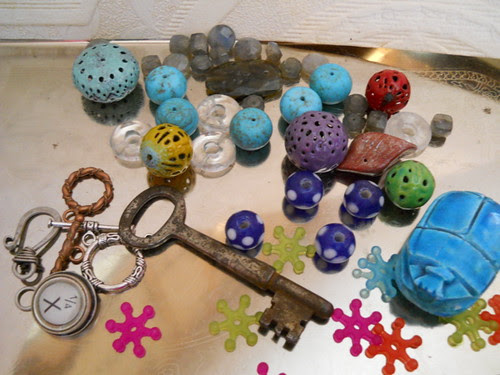 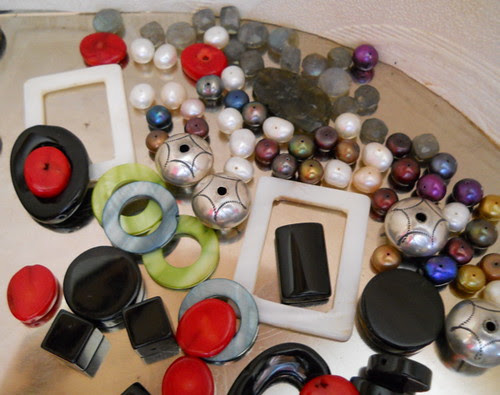 While I was pulling together the boards I thought I was going to go with the Scarab. I've made a couple Egyptian inspired pieces and I could really expand on those ideas. But.......the idea was to challenge yourself and be inspired, to inspire. The Sand Dollar inspiration board was truly inspiring to me! As I pulled the beads together for that board I had visions of treasure chests and mermaid bounties, I was captivated by the exotic richness of color! I had to restrain myself and not throw every bead I have that would work in here. Courtney sent great bones and I was so caught up and having so much fun pulling beads, my daughter was laughing at my exuberance and teasing that she couldn't even see the focal anymore - let alone the keyboard! So the Sand Dollar Focal wins out! 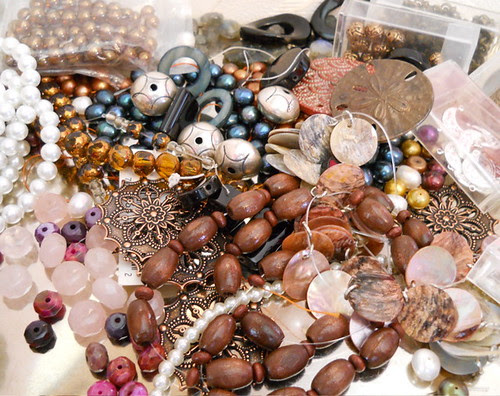 On to sketches and pulling it all together!
Til next time!

Posted by WindDancerStudios at 5:24 PM