The month almost got completely away without a birthstone post!

This month has two birthstones, Opal and Tourmaline. I only knew about Opal, I knew there was a pink stone that could be substituted but growing up I didn't know the name as my Mom only wore the Opal.


October's child is born for woe,
And life's vicissitudes must know,
But lay an opal on her breast,
And hope will lull those woes to rest.


As I said this month has two birthstones, Opal and Tourmaline. Prior to 1912 the second stone was not Tourmaline, it was Aquamarine the stone we now have as March birthstone. I find it pretty interesting how many stones got rearranged in 1912 and it does make me wonder a bit what exactly the reasoning was, aside from marketing that is.


I have a lone listing with some Honey Opal, but none currently in the milky white with the pink and blue flash we all know and love. I do however have some Tourmaline, it's such a versatile stone with a wonderful range of colors.

I have a cute little pair of earrings too, but apparently no pic on the computer, crashes will do that. They can be found here......

To finish this post I would like to remind you that October is Breast Cancer Awareness Month. It's what all the PINK stands for. Regardless of how you feel about the money being raised vs actual amount being donated, If you have breasts this DOES affect you (yes, Men too albeit less frequently) 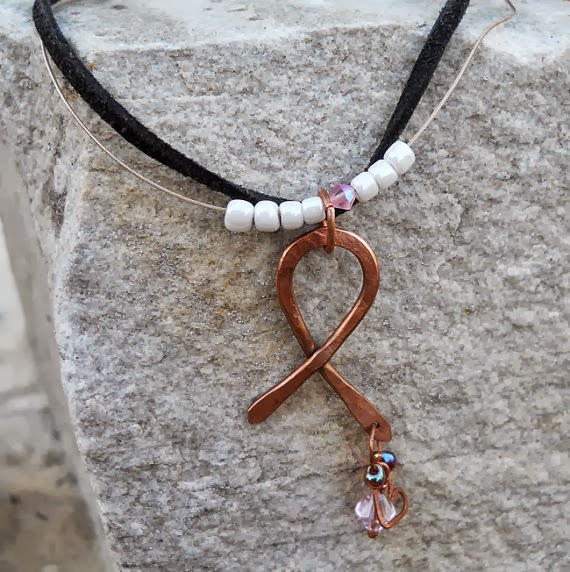 Fight the fight and don't stop! Don't ever let politics or a political agenda tell you, your health isn't worth fighting for, it is most definitely worth the fight!

Thanks for stoppin by!
We'll see you next time.

Posted by WindDancerStudios at 8:00 AM